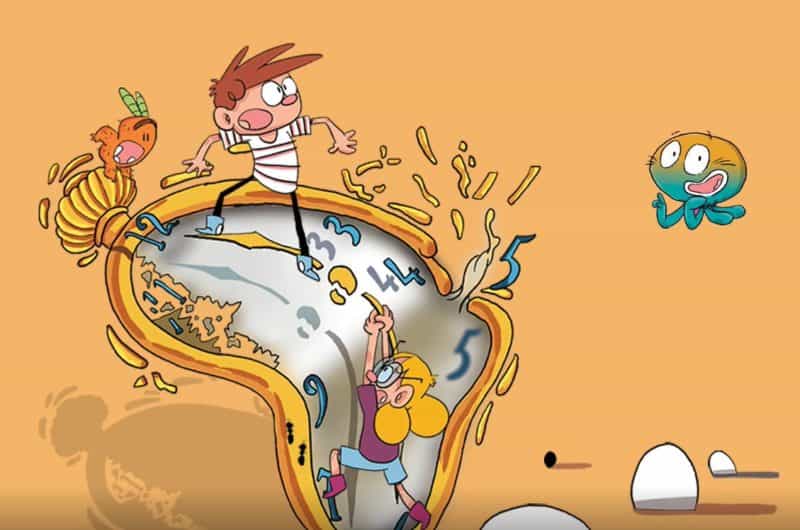 Exploring the world of avant-garde art

Copons & Fortuny are working on Salvador, the next instalment of the Agus & Monsters series. A new monstrous adventure that delves into the artistic avant-gardes of the early 20th century through the univers of Salvador Dalí. 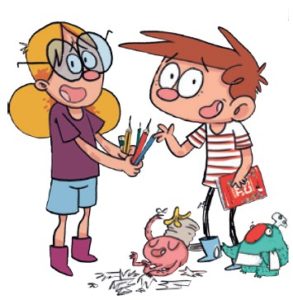 As could not be otherwise, it starts in the library. Emma, our beloved librarian, has lost her way in the world of Dalí’s memories because of Dr. Brot.

Agus, Lidia and the monsters will dive into the hallucinatory world of the genius to rescue her. In this trip, they will meet writers of the stature of André Breton, Tristan Tzara, Pepín Bello and Federico García Lorca, the film director Luis Buñuel, or the prolific Pablo Picasso. As Copons & Fortuny know, a good cameo is one of the best ways to enrich the plot. But in this case this resource is also used to show and explain the artistic avant-gardes. In particular, the movement of Surrealism.

From adventure to adventure, chapter by chapter, Agus and his friends perceive that ART is as alive as language, in constant evolution until today. Specially, the avant-gardes. They changed everything and meant a monstrous revolution in the field of art. This unprecedented leap forward had to manifest itself in the annual “Draw Your Monster contest”. For the 2022 edition, the challenge was to think outside the box and create a readymade. 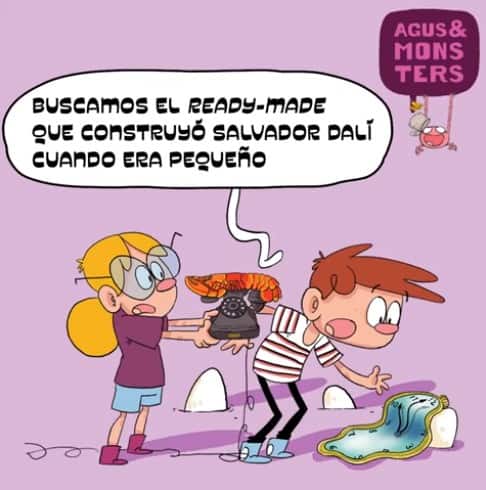 An object that in appearance has nothing artistic about it can end up becoming a work of art. The role of the artist, his/her creativity and ingenuity are fundamental in the process of modifying a conventional object to turn it into something artistic. As Dalí said “Knowing how to look is a way of inventing”. 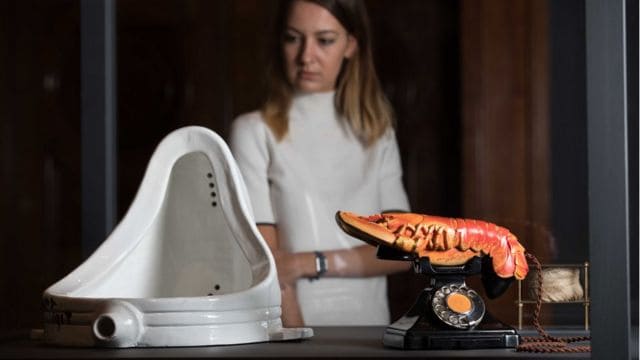 Marcel Duchamp, who is said to have invented the artistic practice of the readymade, turned a urinal into a sculpture and changed art forever. Dalí, who was a friend of Duchamp’s, also experimented with readymades and came up with such fascinating objects as the Lobster Telephone (1936). Did Dalí’s masterpiece work as a telephone? Of course not. It was part of the game. 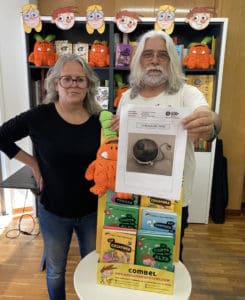 The idea behind readymades was to defy accepted artistic criteria and surprise with something unusual, something that, placed in a museum or an art gallery would generate not only curiosity but questions. The avant-gardists saw art as a living force, an engine capable of shaking up the status quo and bringing about real social transformation. It was more than a new way of thinking creation. It was a whole new paradigm.

Thus, with this madly monstrous proposal, the participants of the Agus & Monsters contest delved into modern art and reflected on what art is. The winner readymade is “The World Globe”, build with a humble tea ball infuser.

Remember it well because you will find it drawn by Liliana in Salvador.  It will represent nothing more and nothing less than the readymade that Dalí made when he was a child. Moi non plus!